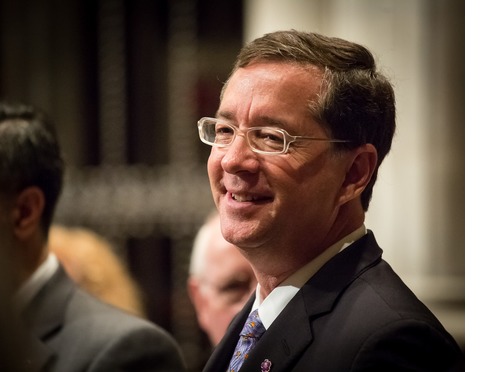 As we approach the celebration of the Rev. Dr. Martin Luther King Jr.’s birthday, we are in the midst of a huge struggle to pass the Freedom to Vote: John R. Lewis Act. Considering that much of Dr. King’s work revolved around the push for voting rights, maybe there’s something fitting to the convergence of these events.

This legislation is crucial because of a number of things:
*legislation has been passed in many states that limits the right to vote;
*the Supreme Court ruled some years ago that crucial section of the Voting Rights Act are unconstitutional and this has led to abuses across the country;
*the defeated former president of the United States led a violent insurrection aimed at overturning the results of a fair and free election and he and his supporters continue to claim the election was stolen.

Unfortunately, protection of voting rights is being held up in significant part because of the nonconstitutional filibuster rule in the US Senate that requires 60 votes for legislation to pass. I’m all for making sure the rights of those in the minority not be trampled on, but I also oppose how this rule has been used for decades to stop the advancement of civil rights. There are ways these needs can be reconciled, but this is an urgent matter because our right to vote is at stake.

The manipulation of elections is devastating. Many years ago, I was elected to student government while I was in college. One spring when elections were held certain anomalies in the results were quickly noted by several of us and we exposed an effort by a group of students to steal the election. They did so because they opposed the social justice orientation of our administration, but I tell you from experience it is genuinely shocking to learn that there are those so consumed by anger and ego they are willing to do whatever they can to manipulate an election and violate the sanctity of the vote.

The congregations and denominations that constitute the National Council of Churches have been part of the long struggle for voting rights and racial justice and what the Rev. Adam Taylor describes as the “kingdom building project.”

Right now, a huge amount of work is underway. Faiths United to Save Democracy is bringing together clergy and attorneys in voting rights education and protection, Black church leaders are on a hunger strike in support of voting rights legislation, and NCC member denominations are speaking up. We are facing an emergency.

The demographic changes underway in the United States is frightening to many White people. They fear they will lose their power and privilege and they are doing everything they can to stop these changes, including raising up an insurrection.

But, as Rev. William Barber said, our support of voting rights is not an insurrection, it’s resurrection!

« “A Remembrance of a Collective Moment with Archbishop Tutu and the Dalai Lama” by Michael Ramos | Get your FREE at-home test kits in WA State! »