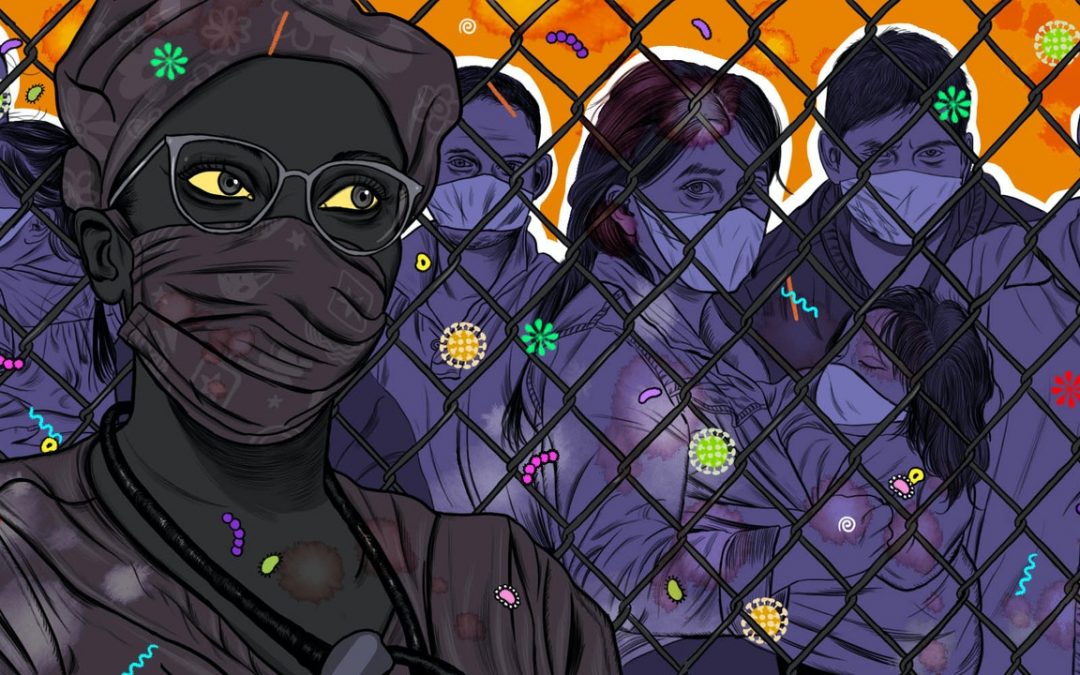 “As explosive allegations were coming to light about immigrant women who say they’ve been subjected to unwanted hysterectomies and other gynecological procedures, one of those detainees was put on a plane back to her home country. Pauline Binam was nearly deported Wednesday by U.S. Immigration and Customs Enforcement to Cameroon, a country she left when she was 2 years old. Binam, now 30, was on the tarmac when members of Congress say they intervened.”

While we are glad that legislative leaders in Washington State like Congresswoman Pramila Jayapal and Senator Patty Murray are demanding these horrifying allegations be investigated, we are deeply angered that ICE would continue deportation proceedings against one of the women who was a leading voice in bringing these allegations to light.
Congresswoman Pramila Jayapal co-directed 173 members of Congress to demand that the Inspector General of the Department of Homeland Security immediately open a full investigation into the horrific allegations of massive hysterectomies made in immigrant women by a doctor known as ′′ the womb collector”. These abominable human rights violations occurred at a facility called an ′′experimental concentration camp ′′ in immigration detention centers in the state of Georgia and occurred without the full and informed consent and request of women. Initial reports brought to light on Monday by whistleblower Dawn Wooten and Project South are likely part of a pattern of conduct. The lawmakers demanded an urgent response as well as a briefing on the status of an investigation by next Friday, Sept. 25.
In solidarity OneAmerica shares, “Experimental concentration camp”: Whistleblower alleges women face hysterectomies in ICE detention.

This is horrible and unacceptable. Another example demonstrating an unaccountable and out of control ICE agency that needs to be defunded/abolished!

Everyone, regardless of their immigration status, language or imprisonment, deserves to control their own reproductive options and make informed decisions about their bodies and their health care.