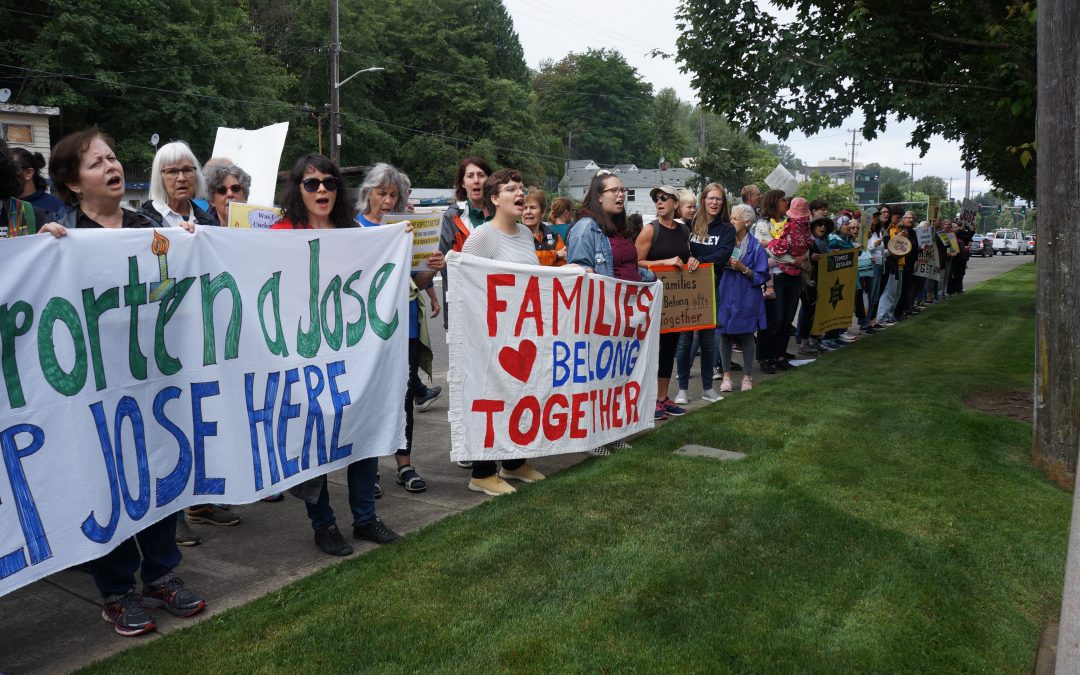 Dear Friends Across the Region,

Thank you for your involvement and leadership in our immigrant accompaniment and solidarity network, created For Such a Time as This. The tragedy of forced separation of children from their parents continues today at the border and in the interior of the country through an expanding regime of exclusion, detention and deportation. People of faith and good will have been confronting such injustice and standing in the breach. In the Puget Sound Region, the Northwest Detention Center (NWDC) in Tacoma has grown to a capacity of 1,575 detainees per night, part of the number of 55,000 incarcerated people daily in the United States. There is no reason, legal or moral, for the detention of immigrants. The Church Council has joined La Resistencia, the Northwest Immigrant Rights Project, and the Washington Immigrant Solidarity Network in calling for the closure of the Northwest Detention Center. We do so in order that families can stay together, so that individuals can pursue legal remedies free from the inhumane conditions of detention, and so that the rights and dignity of every immigrant are upheld and affirmed.

We send our love to our brother Jose Robles currently in the NWDC. He had been in Sanctuary for 13 months at Gethsemane Lutheran Church in Seattle. He is applying for a U-visa, as a victim of a crime, that if granted would give him peace and security with his family. We stand with Jaime Rubio-Sulficio, in Sanctuary at Saint Mark’s Cathedral (Seattle). Both Jose and Jaime who have been at risk of deportation took the courageous step of Sanctuary so that they would not have to be permanently separated from their families. We applaud and are moved by the welcome by Temple Beth Hatfiloh in Olympia of Maria Pablo Matias and her son into sanctuary, having fled violence in Guatemala and seeking a pathway not to have to return to a dangerous situation. We are honored to work with the host congregations in each experience of Sanctuary. It takes a village of many congregations and committed people for the moral and practical aspects of Sanctuary to take root.

Thank you for your actions with and on behalf of these and other people impacted by “untimely and unwise” policies and practices that do such damage to our moral fabric as a nation.

Maria Pablo Matias and her son 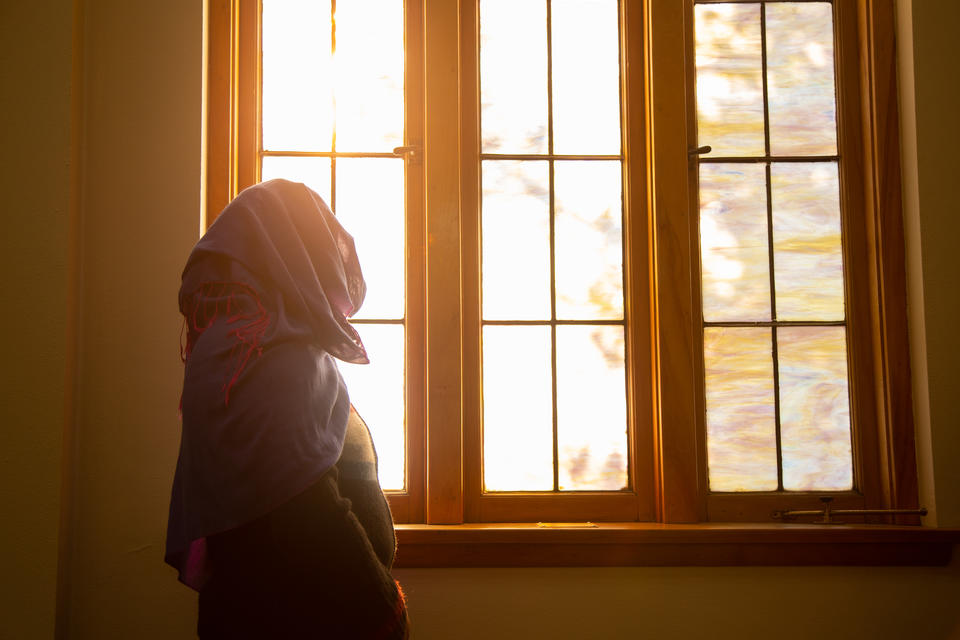 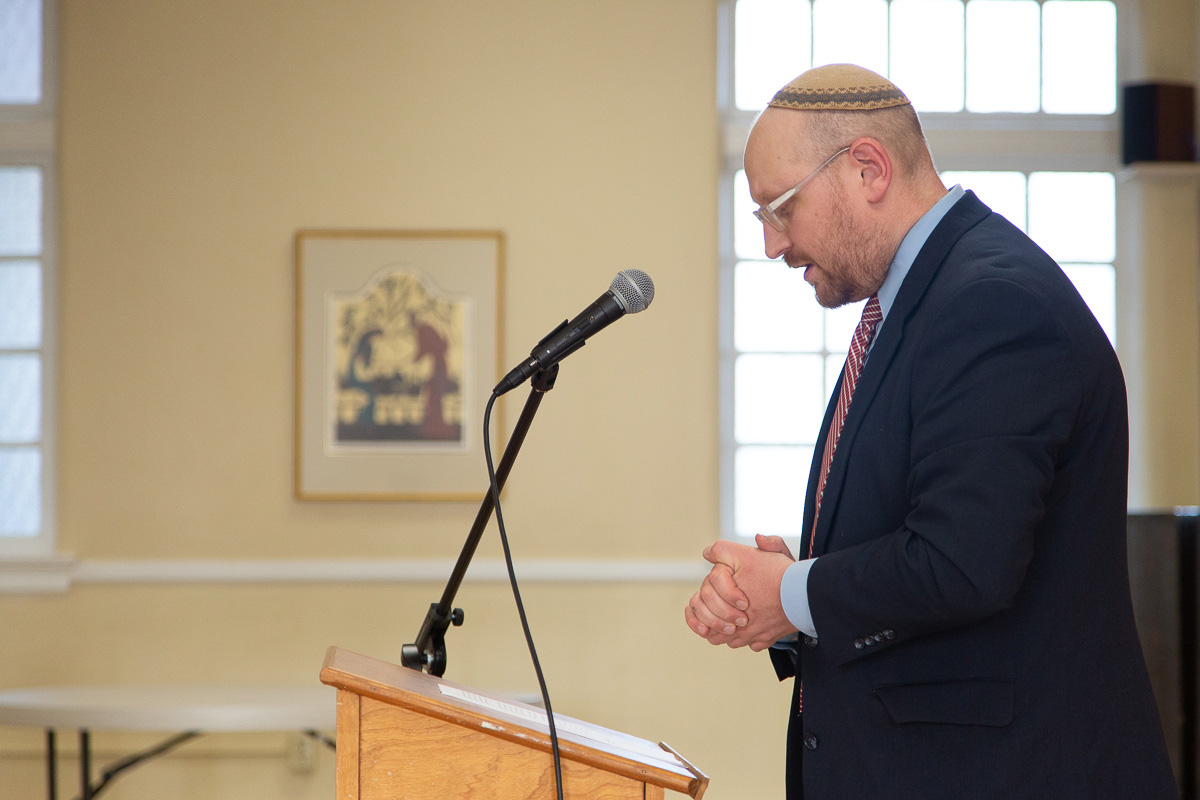 Photos by Jen Dev/Crosscut
On September 5th, Maria Pablo Matias and her young son were received into Sanctuary at Temple Beth Hatfiloh in Olympia, WA. Temple Beth Hatfiloh is the first synagogue in this era of the New Sanctuary Movement, to welcome a family threatened by deportation, and is the third congregation in Washington to do so in the last two years. Temple Beth Hatfiloh and the Olympia Strengthening Sanctuaries Coalition are connected to the Church Council of Greater Seattle and its For Such a Time as This Network.
Rabbi Seth Goldstein at Beth Hatfiloh explained that offering Sanctuary to Maria Pablo Matias and her son was prompted by both Jewish faith and history: Welcoming the stranger is rooted in Jewish spiritual values, and the history of Jews includes the US restriction on immigration from Eastern Europe, which trapped European Jews as the Nazis rose to power. “The American Jewish community is the story of immigration, of fleeing oppression and hardship, and seeking safety and security on these shores … In taking this action, we in this congregation call upon our government to address asylum law and family separation, and develop a just immigration policy.”
Press Conference Coverage:
The Olympian
Crosscut
King 5
Find the synagogue’s statement here.

Jaime Rubio Sulficio is entering his seventh month in Sanctuary at Saint Mark’s Episcopal Cathedral in Seattle. You can find periodic updates from Jaime and Saint Mark’s on the Cathedral’s website.

See a letter from Jaime’s wife Keiko on behalf of their family, written to all who support their family during this difficult journey:

Dear friends and families,
September has arrived, and we entered the sixth month since Jaime has been in Sanctuary in St. Mark’s Cathedral. Despite his case moving very slowly, We have an amazing team working on his case and we have carefully put strategies in place to seek a legal remedy to keep Jaime home.
At the end of July, Jaime and I were interviewed by Yuko Kodama at KBCS 91.3fm radio, titled, “Taking Sanctuary”, describing our experiences adjusting to this new chapter in our lives in Sanctuary. We hope you can listen to the 3 segments of the radio interview.

That same week, we had an amazing fundraising event organized by the salsa community at Century Ballroom on July 25, 2019. This event was not only for fundraising purposes, but also to build community, stand in solidarity, share stories of Jaime, and build a network to respond to urgent immigration issues that affect our local communities. The event was a huge success and was packed with 425 participants and 80 volunteers! Many participants wore the the color red to share our collective message that we want our community member, Jaime, to stay here with us.
Jaime and I are truly grateful that you have been there for us whenever we felt discouraged. We are truly humbled with your unconditional love and support for our family. Because of you ,we can keep our heads high and continue to raise the awareness of how common our story is in our city and how easily a family can be separated heartlessly by our current immigration system.
We sincerely thank you for giving us a chance to stay together.
Keiko Maruyama
on behalf of The Rubio Family

Over the summer, Jaime had to close down his business that he had diligently built from the ground up, a process that was heart-wrenching and painful for the family.
For those who are interested, financial contribution that go directly to support the family during this long struggle can be made through their Go Fund Me link here.
#KeepJaimeHome #SeattleStrength #HereToStay  #FamiliesBelongTogether 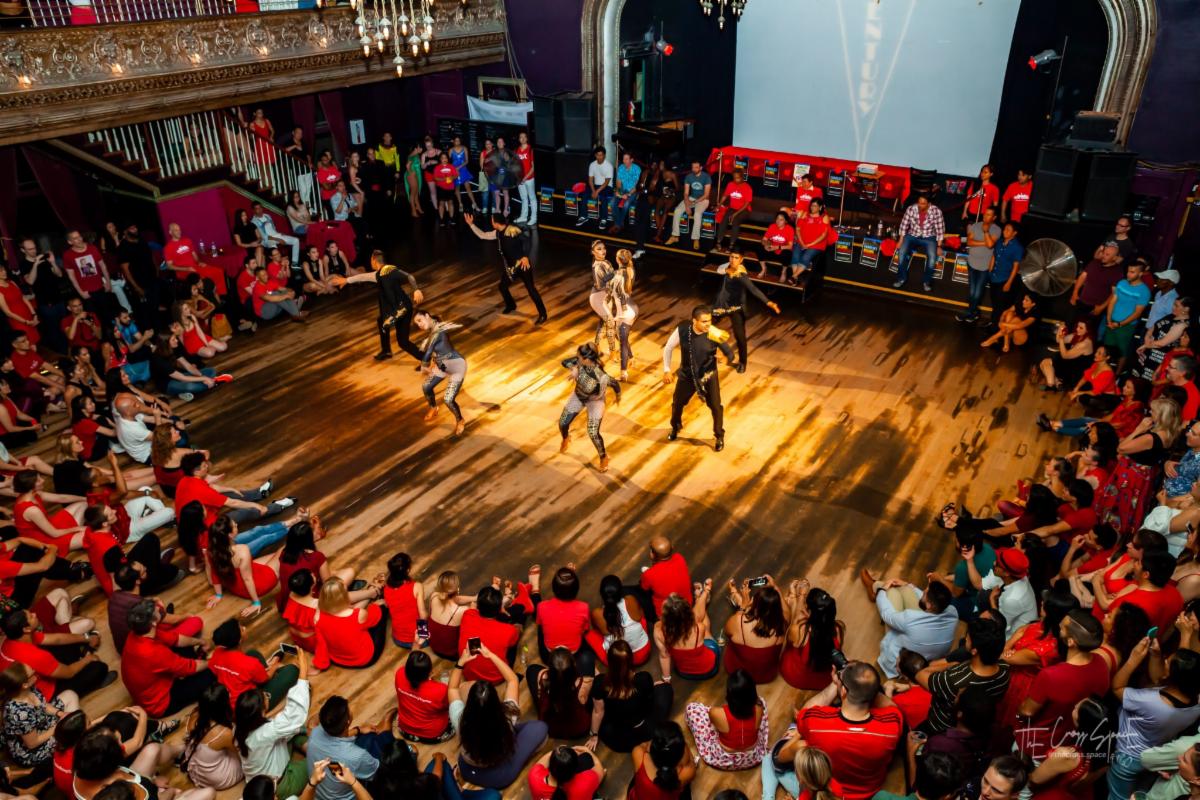 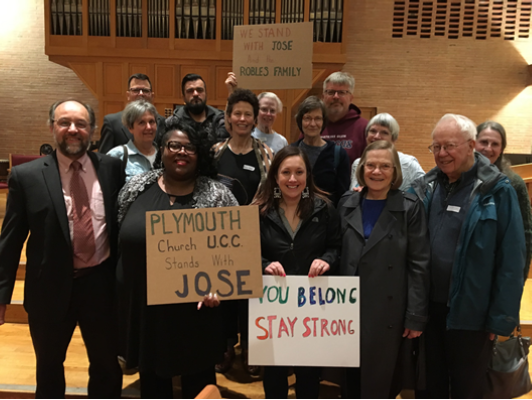 After 384 days in Sanctuary, on July 17, 2019, Jose Robles, his family, and over two hundred supporters from faith and immigrant rights communities, gathered outside ICE headquarters at the USCIS building in Tukwila, WA. Jose sought a stay of removal while his U-Visa was pending with an estimated waiting time over 4 years (see the article “Why Now?”), so that he could return home to his family in Lakewood, WA after a grueling year in Sanctuary.
Supporters gently and mightily sang, “We are friends of Jose Robles..” as Jose and his family embraced, before Jose entered the building, praying that they would see each other again, with a Stay of Removal in hand. However, not more than 20 minutes later, those gathered received the devastating news that Jose had been detained, his request denied, and that he was swiftly transferred to the Northwest Detention Center (which has recently been rebranded by GEO, the for-profit company that runs the facility, as the “Northwest ICE Processing Center,” see the Seattle Times article here).
In the midst of the isolating and devastating experience of detention, Jose received the good news that his U-Visa will be expedited, which means that hopefully within 6 months time, USCIS will review his application and make a decision on his case. The immense amount of community support and pressure helped ensure that Jose can continue pursuing the legal pathway that he is eligible for, even in spite of ICE’s attempts to deport Jose and the City of Lakewood’s failure to sign the U-Certification which caused Jose to seek Sanctuary in June 2018. Jose and his family continue to hope that he will be eligible for a bond hearing, so that he could be at home while awaiting the decision on his U-Visa, given the traumatic and inhumane experience of detention on the entire family, especially the youngest members.
Read the poignant reflection from Pastor Kari Lipke about visiting Jose in detention here. 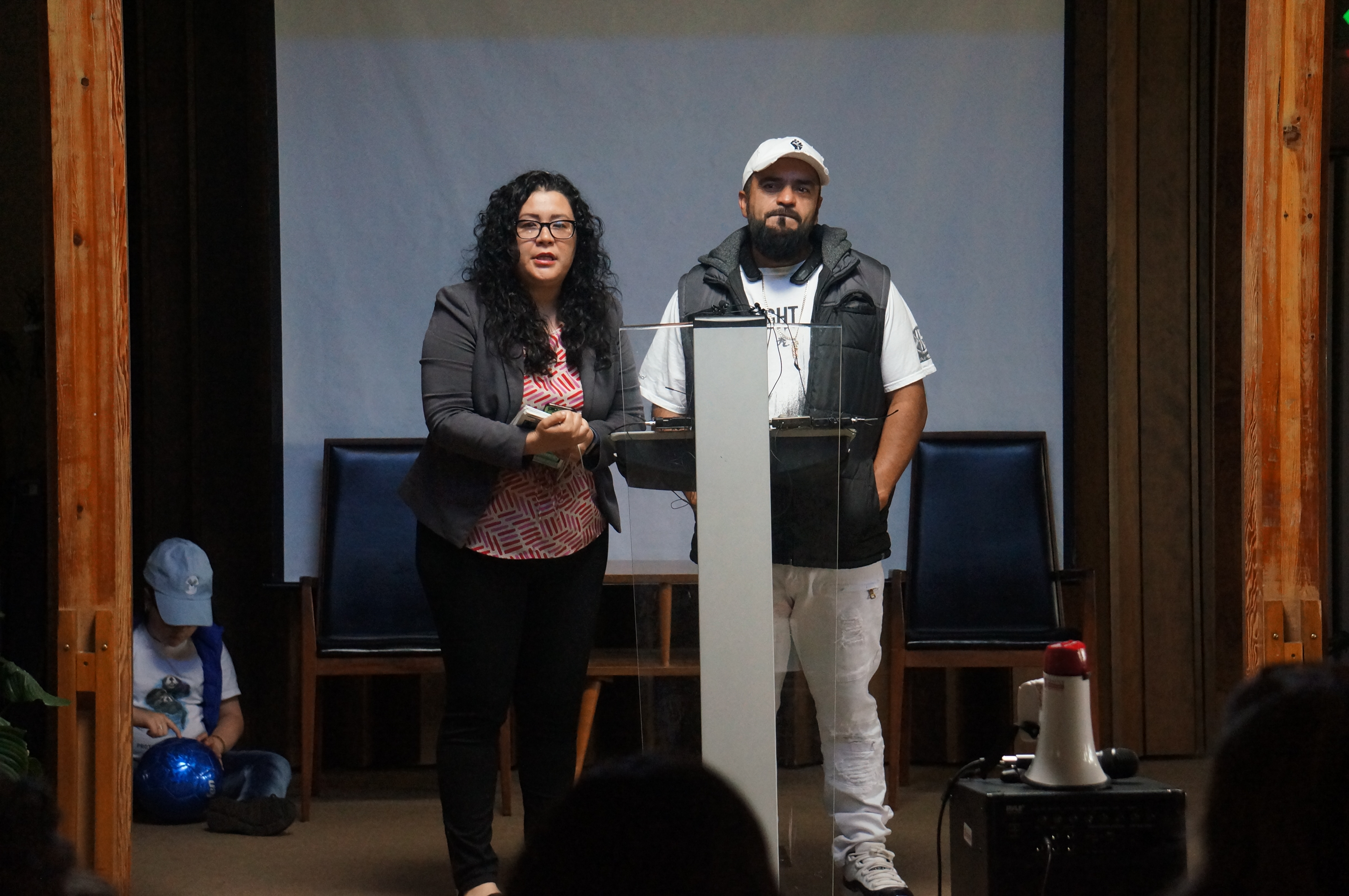 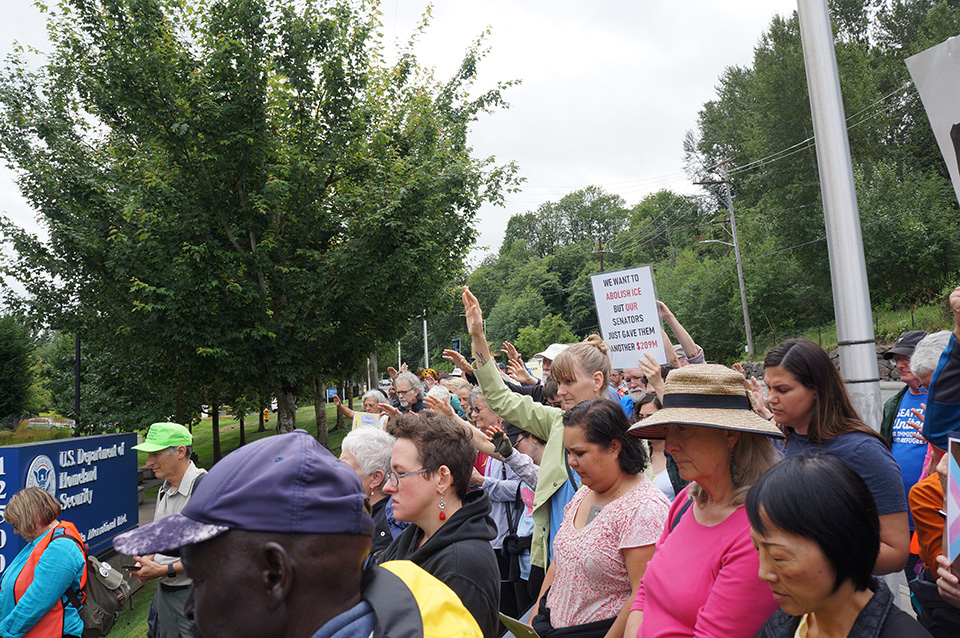 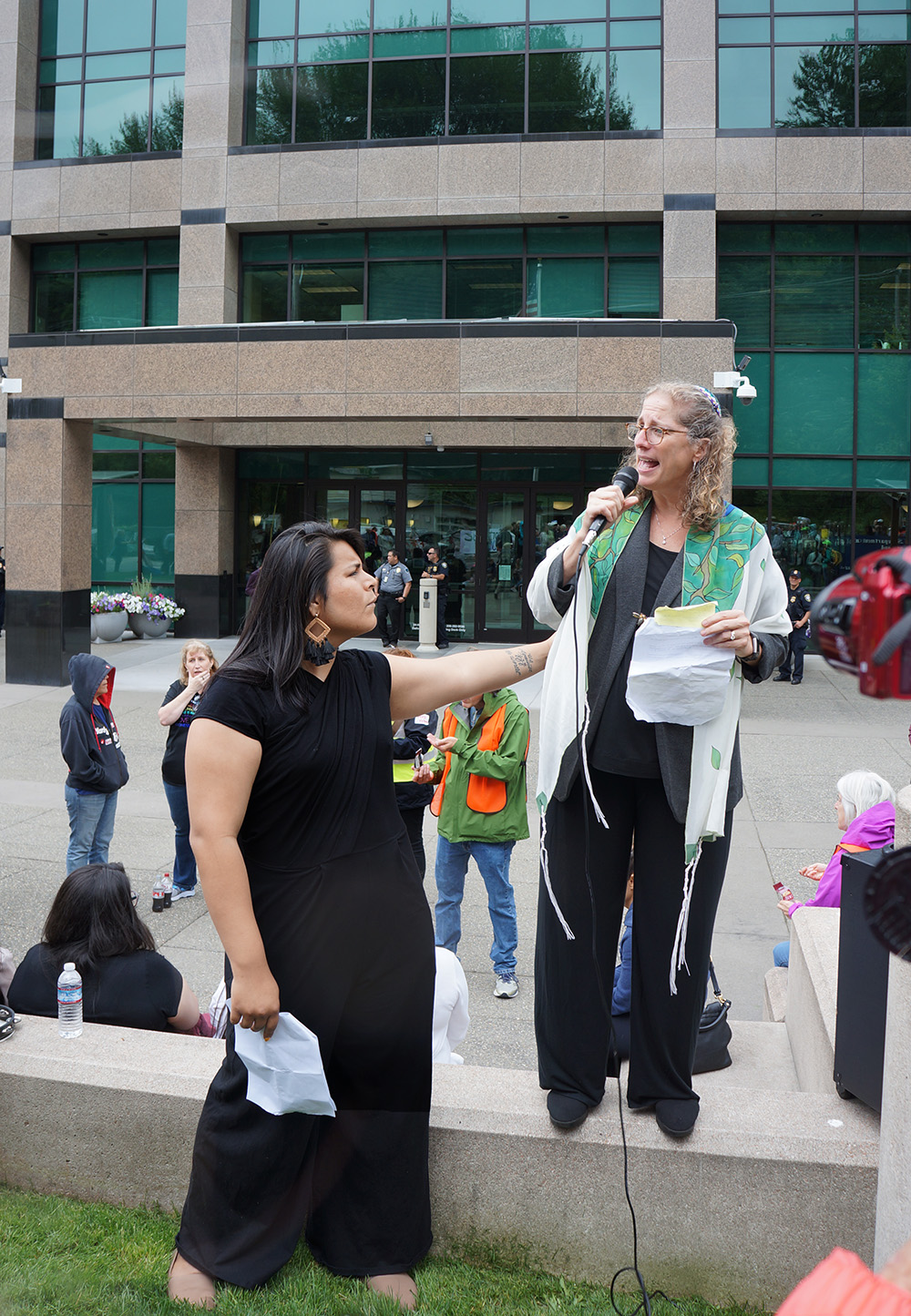 Interested in visiting Jose to help him keep his spirits up while in detention? Please contact Pastor Joanne Engquist at pastor@urbanfaith.org who can help you arrange visitation details.
Financial support directly to the family to help with costly communication from detention and ability to purchase food or needed items at the detention center commissary can go directly through Gethsemane Lutheran Church, designated as Sanctuary donation.
Donations to support the family with their legal case costs, through Colectiva Legal del Pueblo, as they pursue an expedited U-Visa can be made here via Go Fund Me.
Meet Jose Robles video, explaining what a U-visa is.
Sanctuary Downtown Seattle website – learn more about Jose’s story, the Sanctuary movement by  listening to the Podcast & find periodic #FreeJose campaign updates from Gethsemane Lutheran Church.
« 1979: “As Broad a Coalition as Possible” – A Conversation with The Rev. David Bloom | Celebration of the Life of the Hon. Elijah Cummings »