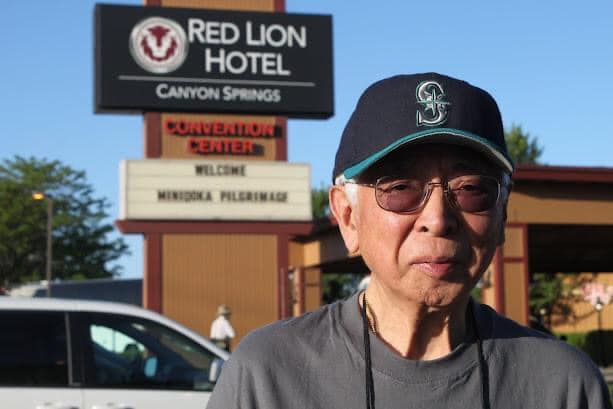 “On February 19, 1942, President (Franklin Delano) Roosevelt signed the infamous Executive Order 9066, which authorized the secretary of war to remove “any or all” persons from certain designated military areas….Between 1942 and 1945, about 120,000 Japanese-Americans, two-thirds of them American citizens and not one of them charged with a crime to justify their removal, were forced to live in makeshift barracks, surrounded by barbed wire and under armed guard.” In the face of these horrors, many of the residents of California, Oregon, Washington, and Arizona forced to these concentration camps lost their businesses and/or their homes.

The passing of our beloved sibling in the struggle, Yosh Nakagawa, occurred just days before the 80th Anniversary of the issuance of Executive Order 9066.  Yosh, having experienced first hand the suffering of the resulting mass incarceration, was among the foremost witnesses for justice for all his years, sharing what he lived and calling on all of us to persist courageously in the work of an inclusive, liberating justice.  His challenge to us on the Church Council’s 100th Anniversary in 2019 was to continue our historic quest for justice in the present, facing the issues of today with grace and tenacity.  We honor Yosh by reaffirming our commitment to rise up to his challenge to us.  We thank you, Yosh, for your leadership in our nation and for your clarity about the fundamental values of humanity to which all are accountable.  Yosh Nakagawa, presente!

“Breaking the Silence” – A Conversation With Yosh Nakagawa in 2019

As a Japanese child interned with his family at a concentration camp in Idaho in 1942, lifetime activist and Seattle icon Yosh Nakagawa discovered the solidarity and unity baseball and team sports brought to him and his community there, which continued after internment. He shares the powerful lessons to be found in these experiences for communities and people of faith seeking to raise awareness about the similar injustices taking place today.

In this video, Mr. Nakagawa shares his story of working for justice with faith communities in the Greater Seattle Area throughout his life, including his founding of the Asia-Pacific Task Force in partnership with the Church Council decades after his family’s return to Seattle after internment.

This video is one installment in our 100th Anniversary-inspired series, “The Together Difference: 100 Years of Faith & Justice”. 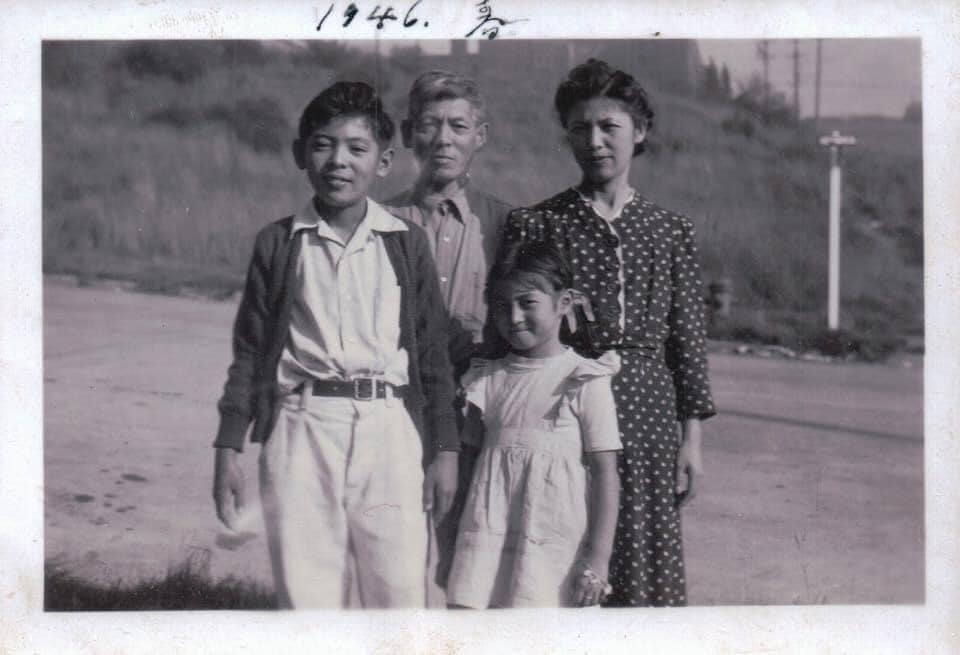 From our partners at ​​Evergreen Association of American Baptist Churches:

In 2006 doctors diagnosed cancer for the first time and told Yosh that he should go home and put his affairs in order. After chemo, radiation and surgery, he returned. And he figured since God saved him, he had work to do and work he did. He continued to advocate for his people, Japanese- Americans in and around Seattle and around the world. He lived to see a home dedicated in Hiroshima that his childhood pastor had built. He found the African American woman who traveled with Pastor Andy Andrews to Japan. He visited Atlanta GA, the church home of Martin Luther King, Jr. and discovered roots there. Even when cancer came again, he recovered. He traveled to Richmond Virginia where people were gathering to honor tennis great Arthur Ashe, and spoke at that event. He was honored with a place on the Northwest Skiers hall of fame. He threw out the first pitch at a Mariners baseball game (he didn’t tell anyone in case he flubbed the pitch…which he didn’t).

He said that he was getting tired. But continued to travel where he could as speak when asked and encourage the ministries he loved, the ABC Asian Alliance, Evergreen leaders, Japanese Baptist Church. Then pandemic hit and his travels were curtailed, then just as things were starting to look hopeful, he fully vaccinated and boosted…the cancer hit again with a vengeance. He might be gone, joined with his friends who have gone before on January 29, 2022 with his family at his side.

We miss him. His legacy goes on in the work and ministry of Evergreen. He’s watching! Like a hawk! 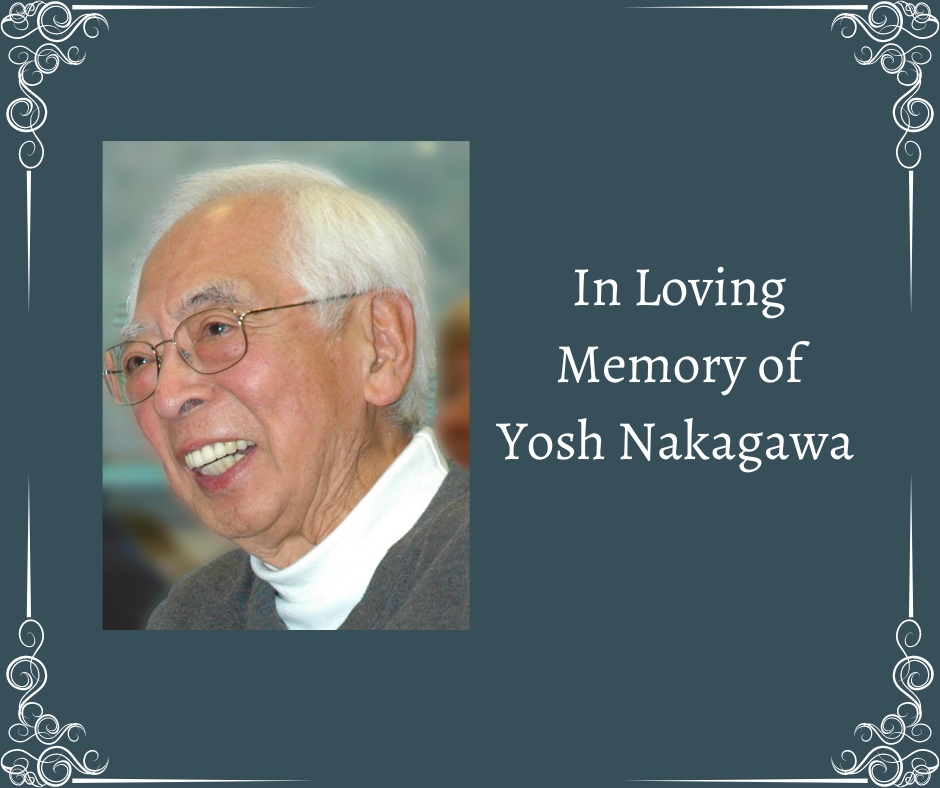 Over the last 2 weeks, I’ve lost two people who meant a lot to me. Yosh was one of them. We worked together for many years in the Asian Pacific Task Force at the Church Council of Greater Seattle and the Council for Pacific Asian Theology. Yosh was a highly successful businessman and put his deeply religious beliefs and life’s experiences of “all people are created equal” into his work and life. I  miss the lunches and talks and strategizing of our special group at faith based people and clergy. I have been so privileged to have known Yosh and people like him. They used their time on this earth to work for social justice.

“This week we learned of the passing of Yosh Nakagawa, a Densho oral history narrator and an important figure in the sports world and in Seattle’s Japanese American community. Densho Director Tom Ikeda shares this remembrance:

“I sought out Yosh 18 years ago to do an oral history interview and was captivated by his life story of struggles, entrepreneurship, and social justice activism. Yosh was a tireless promoter and became the head of Seattle’s largest sporting goods company, Osborn & Uhland. After doing the Densho interview, Yosh would call me several times a year and regale me with stories of Arthur Ashe, Magic Johnson, and Billie Jean King. However, the real purpose of his calls was to listen to me and lift my spirits. He would always end the conversation reminding me of the importance of our work and give effusive praise for the work of Densho…in ways that left tears in my eyes. Rest in Peace Yosh, and thank you for the talks.”

Watch Teaching the Next Generation the Importance of Our History – https://youtu.be/w4Hi2eoccds

We mourn the passing of Yosh Nakagawa, one of original Asian Alliance (Asian Caucus) leaders, and a mentor and trailblazer beloved by so many.  We are thankful for his legacy.  Here he is speaking at the Alliance’s Changemakers event in September, 2020.  God bless you Yosh, rest in peace.  We will try to carry on your many legacies.

With a heavy heart, ABHMS Executive Director Jeffrey Haggray writes, “Yosh Nakagawa, former Vice-President of ABCUSA, was fiercely loyal in his support of ABHMS initiatives. Yosh was an advocate for justice, equity, and inclusion for Asian Americans and all marginalized persons within and beyond our American Baptist family.”

The Rev. Rothangliani R. Chhangte encourages folks to watch the documentary, “The Church Stands with Its People” in remembrance of Yosh’s undefeated spirit and life-long journey of speaking for justice.

Watch A Church Stands With Its People – https://www.youtube.com/watch?v=q4tY2zZxuIs

Deeply saddened by the news of the loss of Yosh Nakagawa, who had been a lay leader of the American Baptist Churches, USA, and one of the most inspiring people I’ve ever met. To all my extended ABC family in the Evergreen Association of ABCs, my deeply condolences and love. I learned a lot with Yosh, including all I know about the horrible history of the Japanese internment camps established by the US government where Yosh spent part of his childhood. The ABC-USA, Seattle, and Washington state lost a great soul.

Our hearts are broken to learn of the passing of Yosh Nakagawa.

A giant to so many. Yosh did so much to inspire and educate on the WWII incarceration experiences and has been a driving force, and guilding light, for the Minidoka Pilgrimage Planning Committee for more than a decade.

You modeled the way with strength and humility in cross cultural community building; generations learned from your kindness. You demonstrated the need for, and power of, centering the voices of survivors and descendants.

You guided with humor, strength and bravery. We will be forever grateful. 🙏🏻