On October 10th, the Trump administration formally announced a proposed regulation which would significantly expand the definition of “public charge.” If implemented, this proposed rule would force thousands of immigrant families toward an impossible choice: the choice between accessing the essentials for a life of dignity—food, housing, and healthcare—and staying on the legal pathway to permanent residency.

One in 4 children have at least one immigrant parent. Can you imagine the scenario in our local schools alone if immigrant families are made to feel afraid of accessing basic support with food, housing, and healthcare?

Submit your comment today to stop the public charge proposal
Before the “public charge” rule can be finalized, the administration is required by law to review and respond to every unique public comment they receive about the proposed regulation. Here’s the simple two-step process:

The comments through this portal are submitted directly to the federal government at Regulations.gov, and must be received by December 10, 2018. Act now!

More background from Church World Service
A public charge is someone who is generally dependent on the government for subsistence, due to their inability to work and lack of other financial resources or support. Under the “public charge provision” in U.S. immigration law, individuals who are likely to become a public charge are inadmissible to immigrate to the United States and immigrants already in the United States who have been, or are likely to become, public charges are not eligible for permanent residency (green card) status. However, when an immigrant who has obtained a green card is applying to become a naturalized citizen of the United States, the government will not consider their use of benefits at all. You can read Church World Service’s public comment here.

How might immigrant families be harmed by the proposed regulation? Below are a few hypothetical scenarios showing how individuals and families in our communities could be affected by this proposal. See more: Protecting Immigrant Families Case Scenarios for Advocates & Service Providers

Kareena is from India. Kareena’s son petitioned for her and she has been living in the United States for the past 12 years as a green card holder. She is 72 years old and recently retired from her job as a cashier. Kareena receives Medicare and extra help through the Low-Income Subsidy (LIS) Program for prescription drugs under Medicare part D. Kareena’s sister recently became ill and she wants to travel back to India tosupport her family for a few months. Kareena is worried that if she leaves, she won’t be able to come back to the United States to be with her son and grandchildren.

Kareena’s public charge test under the proposed rule: If Kareena is outside of the U.S. for more than 180 days (6 months), she may be subject to a public charge test when she seeks to reenter the United States. The fact that Kareena is unemployed and has used the Medicare LIS program would be heavily weighed negative factors against her. Her age could also be weighed against her. However, the use of Medicare LIS would not count against her if she was only enrolled before the effective date of the final rule. 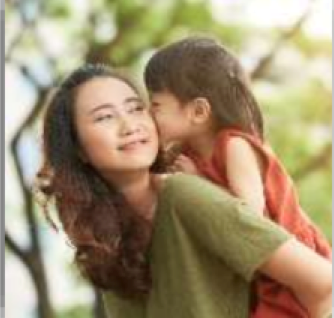 Mae is a 46-year-old single mother with two children. She and her family came to the U.S. from Thailand as part of the Hmong diaspora after the Vietnam war in 1974 when she was 2 years old. Her sister later became a U.S. citizen through marriage and petitioned for Mae’s green card in 2005. Because of limits to family-based immigration, Mae has been on the waiting list for 13 years. She is finally getting close to having the last step of her application processed. She is finishing her nursing degree and works part-time so she can pick up her children from school. She and her children are enrolled in SNAP. Mae heard that if she continues to receive nutrition assistance, she may not be able to get her green card.

Mae’s public charge test under the proposed rule: The use of SNAP by Mae (but not her children) would be a heavily weighed negative factor in the public charge test. Her low income could also be counted against her, especially if Mae’s income is below 125% of the poverty line for her household of 3 people ($25,975 per year), while her employment and degree would weigh in her favor.

Eddie is a 26-year-old graduate student. He works as a student instructor and research assistant to pay for school, as he’s not eligible for federal loans. Eddie has lived in the U.S. for as long as he can remember but was born in Mexico. He’s had DACA since 2012. Eddie married a U.S. citizen (Irma) last year and has a 2-year old daughter. Irma works as a teaching assistant, earning 30,000 per year. Eddie’s daughter receives Medicaid and his wife has ACA Marketplace Coverage. Eddie is not eligible for subsidized health insurance and relies on his school clinic to treat his severe asthma. Last year, Eddie incurred a large medical bill for an emergency room visit during an asthma attack. Eddie has had trouble making regular payments the bill and this caused his credit score to plummet. Eddie’s wife petitioned for his green card 6 months ago.