“On May Day, Immigrant Communities and Workers are Still Waiting for Real Change”, a reflection from Michael Ramos 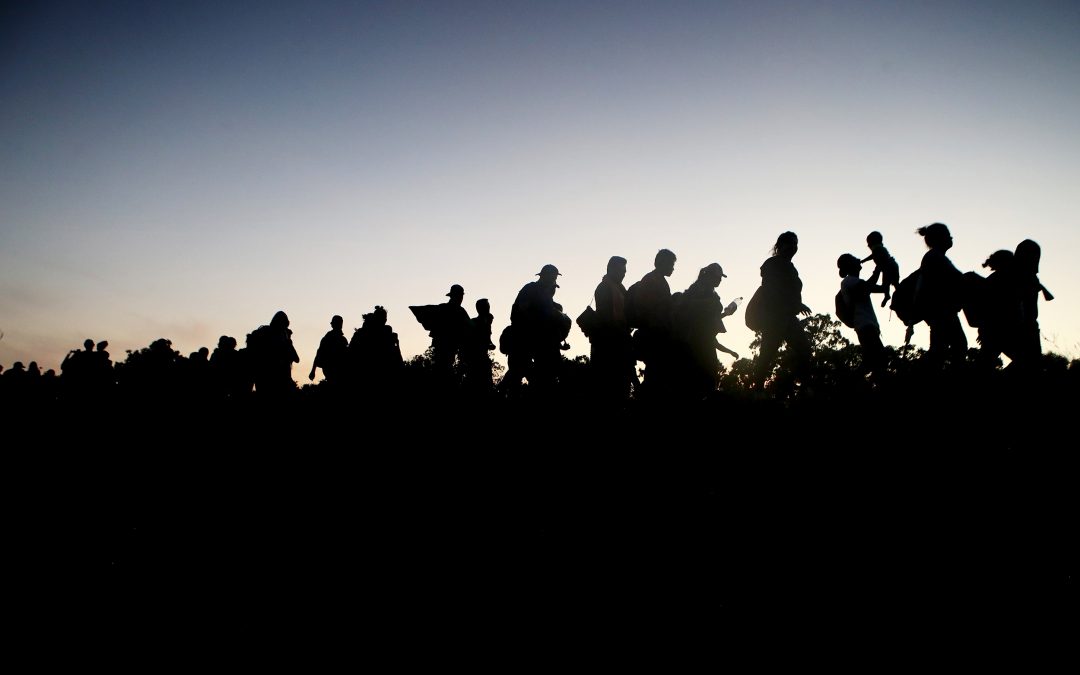 On May Day, Immigrant Communities and Workers are Still Waiting for Real Change

A reflection by Michael Ramos

Both Title 42 and MPP are an outrage against U.S. immigration policy and international human rights, to which the U.S. has a legal responsibility.  Human rights, in practice, are designed to uphold and affirm the rights and dignity of all immigrants, first and foremost as human beings.  As human beings they have a right to seek freedom from death, persecution and economic and social exclusion.  Governments have a responsibility to create and enforce laws that recognize these obligations.  The moral credibility of the United States is eroded by its ignoring and willful violation of established global norms.

People of conscience and good will have done much to turn the recent, tragically necessary flight of Afghan and Ukrainian people to the U.S. into welcome, support, and possibility.  Many still await entry and/or protected status.

The U.S. government has shown a capacity to respond, when it so chooses.  Yet, this capacity for action remains confoundedly narrow, with officials looking to the next election cycle while ignoring the continued horrors of the war on immigrants that escalated during the previous four years.

***Our siblings at OneAmerica invite us to take action today and write a letter to your legislators defending the right to seek refuge!***

Title 42 endangers the lives of Asylum-seekers and cannot continue. The long-awaited rescinding of the implementation of Title 42, a Public Health order that unjustly denies migrants the opportunity to ask for asylum at the border to the United States, is in jeopardy.  The order is currently under court challenge from states wishing it to continue – meanwhile, it is currently scheduled to no longer be enforced as of May 23, 2022.

Title 42 is a legacy of Great Depression and World War II-era laws allowing for the exclusion of would-be immigrants during a health crisis, ostensibly to halt the spread of a communicable disease.  The application of this policy during the COVID-19 pandemic defies rationality and science, including according to the CDC.

The spread of COVID-19 occurred at monstrous levels within the United States, buttressed by prolific disregard for safety protocols among the public, without any evidence of the disease coming “from the south.”  Predictably – and discriminatorily – this policy was enacted based not on evidence that it would actually limit the spread of COVID-19, but rather to further disempower and dehumanize BIPOC migrant communities under justification of “health protocols”.

This policy seeks to act in place of President Trump’s failed border wall by preventing our migrant siblings from seeking safety through asylum, stranding and separating people and families along the Southern US border and beyond.  As one Mexican scholar recently put it, the policy is “racist….an artificial blockage not tied to reality.”

The Biden administration’s early silence on Title 42 and agonizingly slow steps toward concise, common-sense measures to allow asylum-seekers, visa holders, people seeking legal remedy and DACA, TPS-holders, farm workers and people without documentation to have a path to security in the U.S. are worthy of full-throated lamentation.

Our weeping soaks into our consciousness of the violence and trauma that so many people seeking refuge from Central America, Mexico, Haiti, Africa, and more parts of the world have and continue to experience. How long, O God, how long?

Proposals are also being made for the furtherance of so-called Migrant Protection Protocols (MPP), forcing asylum-seekers to wait for months and years in shelters and squalid conditions in Mexico near the border, is enough to make the Statue of Liberty herself sick.  War scars never heal.

This after nearly 10,000 cases documented of violence, rape, kidnappings, and other crimes committed against migrants awaiting their day in court or before a U.S. immigration official.

Central Americans have been fighting for our basic human right to Asylum since the 1980’s. For those who apply for asylum in the United States, being granted asylum before an immigration judge happens on a far too limited basis.  In the 1980s, hundreds of thousands of Salvadorans and Guatemalans were denied asylum, despite direct experience of threat during the countries’ civil wars.  Nationwide, 98% of Salvadorans and 99% of Guatemalans were denied asylum.

Central America was portrayed in the U.S. as a proxy battleground for the Cold War; acknowledgement of atrocities of the brutal militaries and governments at the time would have been perceived as a foreign policy defeat.  Further, our military aid to these countries to support brutality would have been confirmed as causing the very repression and resulting migration that the U.S. was trying to sweep under the rug.

Courageous Guatemalans and Salvadorans raised their voices, sought sanctuary, and asserted their humanity by rebuilding their lives – and the U.S. economy – here.  Joining together with faith communities and the Center for Constitutional Rights, they won a settlement in a landmark lawsuit, the ABC case in 1991 (American Baptist Churches v. Thornburgh), which resulted in the openings of tens of thousands of asylum cases.  In conjunction with other immigration reform measures, permanent safety and security in the U.S. was now a real option over persecution and possible death in the countries of origin.

A Salvadoran mother and son recently were granted asylum in Seattle.  This was a cause for celebration.  In the shadow of death, a light burst forth.  The resilient pursuit of life by the mother was recognized and honored.  For those of us involved in accompaniment, the U.S. government’s decision to grant them asylum is a sign of hope that in forming “villages of Convivencia” (communities gathered in friendship & mutual accompaniment), love does indeed have the final word.

Faith calls us to speak now. As people of faith, the universal practices of compassion and solidarity demand the reverence of all human lives, regardless of country of origin or how they managed to arrive here.  When it is understood that serving as a refuge is a humanizing aspect of relationships among nation-states, then the receiving nation can rightfully say that it is truly aspiring to be “under God” – no more and no less than other nations who strive for inclusive justice and peace.

One family’s successful outcome does not change a system of oppression harming so many people.  It does, however, galvanize our resolve for the struggle ahead.   We are strengthened in our belief that the solidarity of love in the midst of violence and suffering can, over time, transform the narrative of dehumanization to one of justice where all flourish, rooted in the dignity that makes our society whole.

Our siblings at OneAmerica invite us to take action today and write a letter to your legislators defending the right to seek refuge!

« Strengthening Our Journey: A Vigil for Racial Justice 5/25/22 | Solidarity with Buffalo, NY »