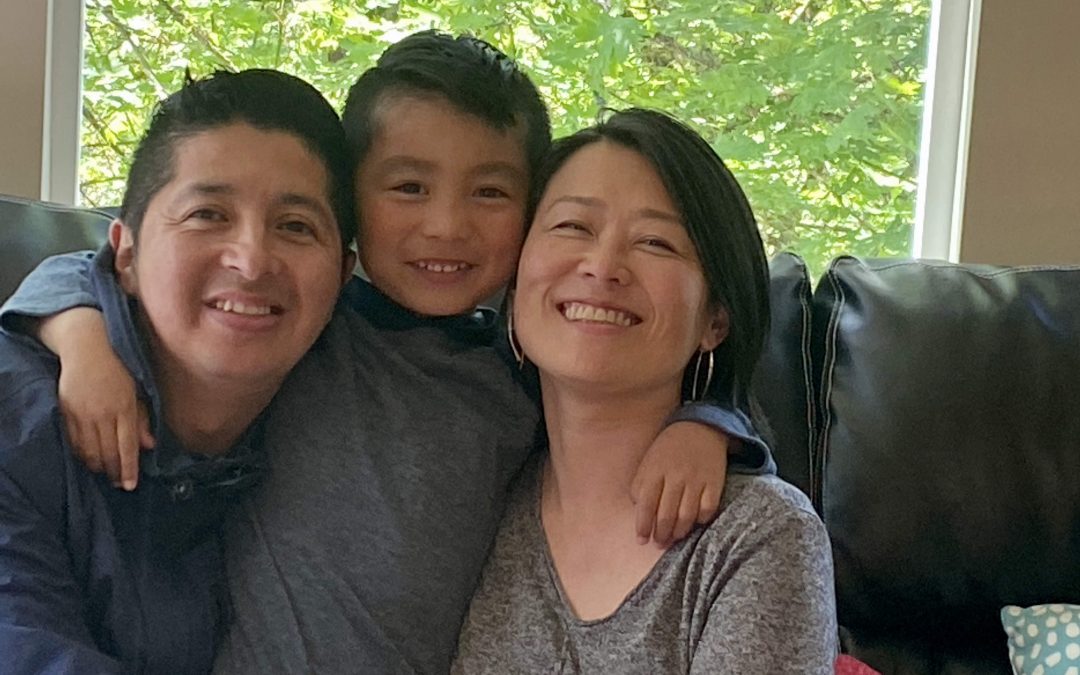 At a press conference at Saint Mark’s Episcopal Cathedral on Monday December 20, 2021 Jaime Rubio Sulficio and his family shared with us that his case has been re-opened. This means Jaime is no longer a priority for deportation, and he and his family can safely begin the process of leaving Sanctuary without the looming threats of deportation and separation that gave them no choice but to go into Sanctuary in the first place back in 2019.

As the fight for a just and permanent legal remedy continues, the Rubio family begin the process of rebuilding their lives beyond the boundaries of the Saint Mark’s property where they have taken refuge from the threat of unjust separation for nearly three years.

“To be happy, you need someone to love and something to do and something to be proud of. And I fulfilled those three elements while being here,” Jaime said in this piece by KNKX reporter Lilly Ana Fowler.

“So many people ask me where I would like to go, what place I want to visit after being in sanctuary for so long. And I just have one answer: My biggest wish is to take my son to the park,” he said during Monday’s press conference. “I can only look at the fathers and mothers who are being deported each day, they deserve to be recognized,” he said. “I will continue to advocate not only for me but for the millions of others who will not want to be separated from their loved ones.”

To receive future updates and opportunities to engage, you can subscribe to the Church Council’s monthly E-News here.

“After three years of sanctuary in Seattle church, Mexican man finally free to leave”,  by Lilly Anna Fowler for KNKX

“Man who took sanctuary at St. Mark’s in Seattle no longer under threat of deportation”, by Daisy Zavala for the Seattle Times

« FOR IMMEDIATE RELEASE: Saint Mark’s Episcopal Cathedral’s Guest in Sanctuary to Announce an Important Development in the Struggle to Avoid the Separation of His Family |  MLK Community Workshop Series January 11-15, 2022 »