In Gratitude for the Life and Example of John Lewis 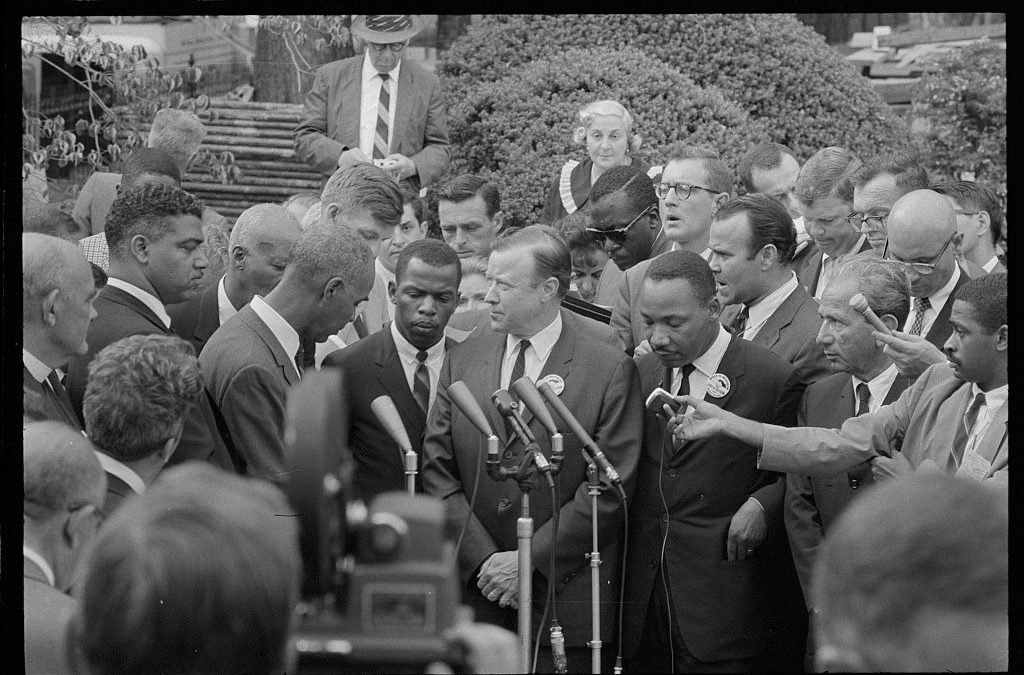 Hope and history rhymed in the life of the beloved blazing light of the Civil Rights Movement, the great John Lewis, who passed away one week ago.  There was perhaps no person who put his body on the line more often during the height of this Movement than Lewis.  The Civil Rights Act of 1964, putting a legislative end to segregation, and the Voting Rights Act of 1965, guaranteeing “one person, one vote,” are part of his enduring legacy.

Lewis believed that the spirit of history guided him; he engaged the struggle for the “soul of America,” and accomplished must toward its restoration.  He was clear that the work was not finished.  As he has attested to the nation – as the conscience of the Congress for three decades – “today we must give voice to what is unjust and take action.” 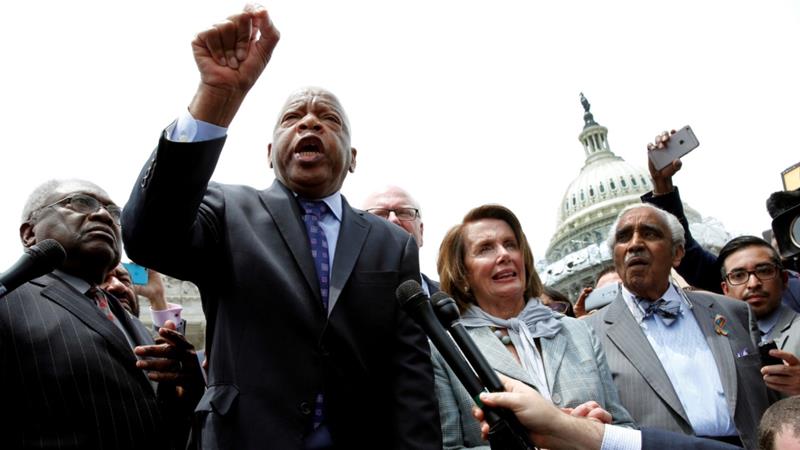 Before even entering college, Lewis chose the nonviolent path of resistance against oppression.  John Lewis was trained by Methodist minister Rev. James Lawson, and went on to work to integrate lunch counters in Nashville. He participated and was beaten physically in the Freedom Rides of 1961, led voter registration drives in Mississippi, and was at the front of the march known as Bloody Sunday in Selma in 1965, where the photograph of his being clubbed by a state police officer was seen around the world.  He was a core leader of the Student Nonviolent Coordinating Committee (SNCC), which did so much of the unsung groundwork of many of the major campaigns of the Movement.

Lewis’ commitment to nonviolence was thoroughgoing.  For him, it constituted a way of life.

“We all recognize the fact that if any radical social, political and economic changes are to take place in our society, the people, the masses, must bring them about.  In the struggle, we must seek more than civil rights; we must work for the community of love, peace and true brotherhood.  Our minds, souls and hearts cannot rest until freedom and justice exist for all people.”

Lewis was a nonviolent organizer.  He was present for the people, walked with the people, and was led by the people.

“….We were meeting people on their terms, not ours.  If they were out in the field picking cotton, we would go out in that field and pick with them….Whatever the people were doing, we were there with them, really there.  We lived with them in their homes, held hands and prayed with them, shared their worries and their hopes….Before we ever got around to sharing what we had to say, we listened.  And in the process, we built up both their trust in us and their confidence in themselves.”

His philosophy as chair of SNCC was: “The leaders should follow the people, and the people can and should lead themselves.”

Lewis saw the intersectionality of issues.  As part of the Immigrant Workers Freedom Ride in 2003, I heard Lewis speak on upholding the rights and dignity of all immigrants in Washington, D.C. Just before, he recognized Seattle rider Mako Nakagawa, who spoke of the tragedy of internment during World War II and invoking the words, “Never again!”

He supported the efforts of the Black Lives Matter movement to the end of his life.

“The right to demonstrate was, to me, something that must never, never, be compromised.  The right to challenge authority, to raise questions, to point up issues, draw attention to needs, demand change, is at the basis of a truly responsive, representative democracy.”

Lewis sought the Beloved Community.  His practice was one restorative justice, where one labored and suffered to raise up all people to a higher standard rooted in truth-telling, disturbing unjust peace, mutual love, and our common humanity.  In a Politico article recognizing Lewis, Lewis recalls his thinking when a man named Elwin Wilson came to his congressional office and apologized – decades later – for taking part in beating him during the Freedom Rides.

“It’s in keeping with the philosophy of nonviolence.  That’s what the movement was about, to have the capacity to forgive and move toward reconciliation” (Cohen, July 17, 2020).

Lewis is among the rare group of Americans who have transformed the nation through the discipline of active nonviolence.  We are indebted to him not only for what he endured and accomplished, but also for the ways he established pathways for the rest of us to follow.  Following the example of this giant of a person, hope and history will rhyme again. Soon.

John Lewis.  1998.  Walking with the Wind: A Memoir of the Movement.  New York:  Simon and Schuster.