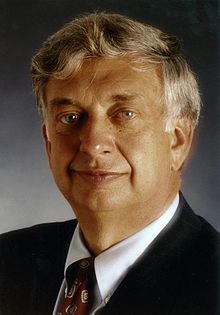 The Church Council of Greater Seattle shares its deep sorrow at the passing of the Honorable Mike Lowry, champion of the marginalized and the environment. We share our condolences with his wife, Mary, daughter, Diane, sister Suellen, and the many people who worked and served with him.

We are indebted for his extraordinary accomplishments as an elected official, including as a member of the House of Representatives initiating legislation that ultimately led to the Japanese American Human Rights Violations Redress Act, the Washington Wilderness Act and serving as a principal sponsor of the McKinney-Vento Homelessness Assistance Act, a landmark bill providing federal funding for services to people experiencing homelessness across the Continuum of Care. He also established the State Advisory Council on Homelessness and worked to establish the state’s environmental regulatory system, while Governor. He combined personal commitment to alleviating poverty and ensuring economic prosperity for all with the ability to reach across the aisle while in government.  Among his initiatives after public service, he had incredible passion for his organization dedicated to building housing for farmworker home ownership and his leadership as Co-Chair of the National Alliance to End Homelessness. “The end game is you change the law to making that law better, whichever law you’re talking about.”

For more on his impact in the state of Washington and nationally, view Solid Ground’s statement.

A memorial service for Gov. Lowry will be held on Tuesday, May 30 at 10:30 a.m. at St. Matthew’s Lutheran Church, 1700 Edmonds Ave. N.E., Renton. In lieu of flowers, the family asks that donations be sent to The Lowry Fund to End Homelessness through the Church Council of Greater Seattle.