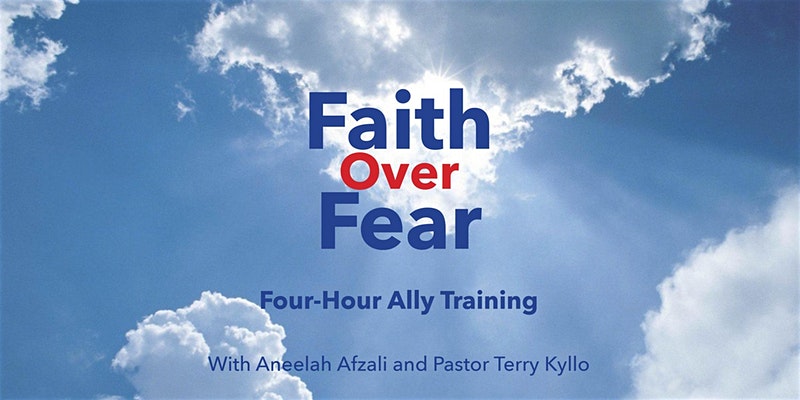 Each year anti-Muslim hate groups spend over $30 million dollars to make people afraid of Islam and American Muslims. The websites, You Tube videos, books, white papers, lobbying, and media stars of these hate groups turn the hearts and minds of people against one another, paving the way for a more divided, fearful future.

We don’t have to live in that future. Together we can build a future based on our shared values and vision for America! Yet Muslims and their allies are daily confronted with challenging questions by people captivated by fear, framed in ways that place them at a significant disadvantage. The Faith Over Fear four-hour Ally Training will give you tested strategies to use in response to these challenging questions – and the fears that underlie them.

Participants will learn about

• Islamophobia and Its Impacts

• How to Respond to Difficult Questions

The Rev. Terry Kyllo is the Executive Director the Treacy Levine Center, and the founder of Neighbors in Faith, a program of the Center. Terry focuses his pastoral career to counter dehumanization against Muslims and all of God’s diverse and valued children.

Aneelah Afzali is Executive Director of the American Muslim Empowerment Network (AMEN) at the Muslim Association of Puget Sound. She is a graduate of Harvard Law School, who left her legal career 6 years ago to serve as an interfaith justice advocate. She is also on the Board of the Faith Action Network.