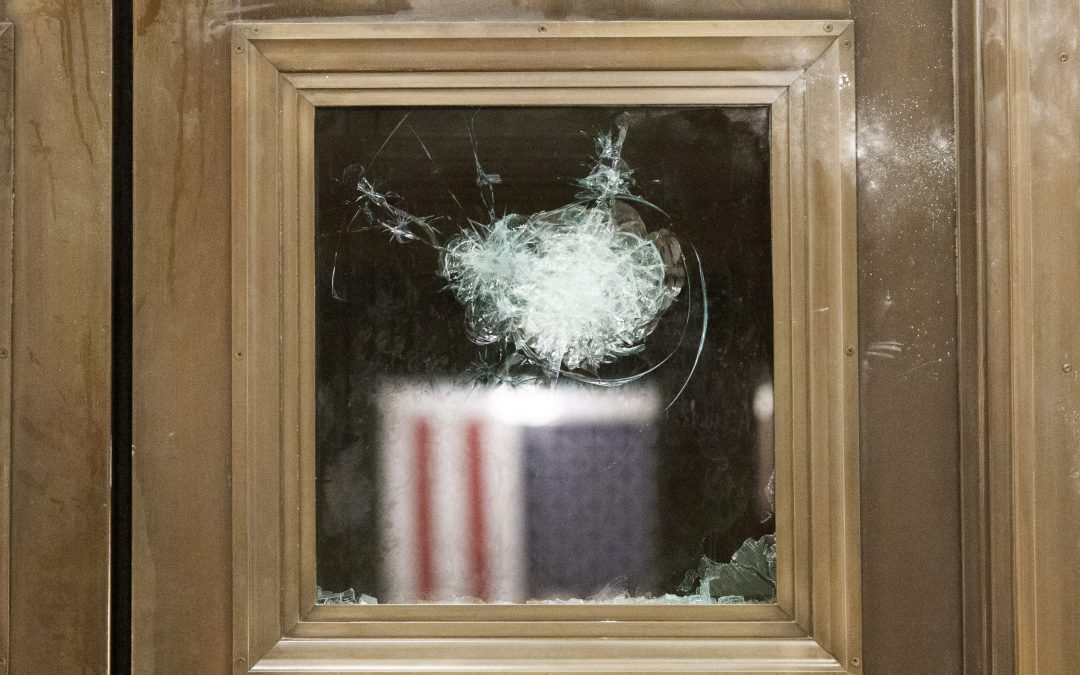 To Our Christian Siblings:

We must grieve and condemn the disgraceful, unprovoked, violent breach of the U.S. Capitol today. The lives of members of Congress were put at risk.  Sadly, one woman lost her life.

The idea that insurrectionists seeking to aid and abet President Trump could overturn the will of the people in selecting a new president by violating the hall of debate for our democracy is a final absurdity of this administration, which has thrived on division, chaos, lies, and hate.

Executive Director of the Georgia Coalition for the People’s Agenda

Followers of Jesus and his way are challenged to abide by his transformative life of unmasking every system of domination and oppression and upholding God’s kingdom. Being faithful is an invitation to serve Christ’s truth, which is manifested in the practice of justice rooted in love.

Truth today entails pulling down the veil on white supremacy in all its forms.  For our churches, this includes disengaging from our historic and current complicity with this evil and to dismantle structures and practices which perpetuate this overarching form of violence.

Today’s actions were desperate attempts to revive a mythology of a culture of white supremacy and its corollary of Manifest Destiny.  The perpetrators failed, Congress has reconvened, and the President has been left behind, wordless and dethroned.

Jesus spoke of “binding the strong man” as an image in response to attacks on his own integrity, as he healed the sick, liberated the oppressed, freed the prisoners, and announced a favorable year of God’s jubilee of world and land repair and right relationships.  Whenever blindness, lies and hypocrisy are revealed for what they are – idolatrous and anti-God – then the “strong man is bound.”  The strong man has been bound once more today.

To be for “God and country” is more than a belief.  It is day-by-day commitment and action: to honor God by loving our neighbors as ourselves, including our enemies; and to usher in ever-more equitable forms of democracy respecting the dignity of all and our common humanity and by embracing a solidarity which crosses borders, tears down walls, and knows no exclusions.

“Right is of no sex, Truth is of no color, God is the Father of us all, and we are all Brethren.”

God’s will, as we have seen throughout the Civil Rights Movement, is to cooperate with the “bending of the arc of the universe toward justice.” We pray that we might publicly witness to such justice with our lives.

Today, January 6, is the Feast of the Epiphany, where the wise ones, following the north star, saw the revelation of the divine in a newborn infant and saw new hope in a humble, helpless child.  It is noteworthy that King Herod, threatened by this child of promise, feigning a desire to worship this child, was thwarted in pursuing his faithless autocracy.  In the “lifting up” of people on the margins, we are reminded that we are liberated when all our liberated.

The election of the Rev. Dr. Raphael Warnock was recognized today as well.  The pastor of Ebenezer Baptist Church in Atlanta, Dr. King’s former pulpit, Rev. Dr. Warnock is a man of God and a great preacher.  The will of the people to choose the first Black U.S. Senator in a Southern state is a cause for celebration.

On this day of violent disruption and attack on the democracy of the United States, people of faith and good will can choose to be passionate, honest, and resilient in defending human and civil rights, including the right to vote, and to take risks to ensure that abundant life is available not just to some but to all.

Pray unceasingly and fight unyieldingly for the living that justice might prevail for all.

« A message from Michael | RESOURCE: Guide to College for Undocumented Students »