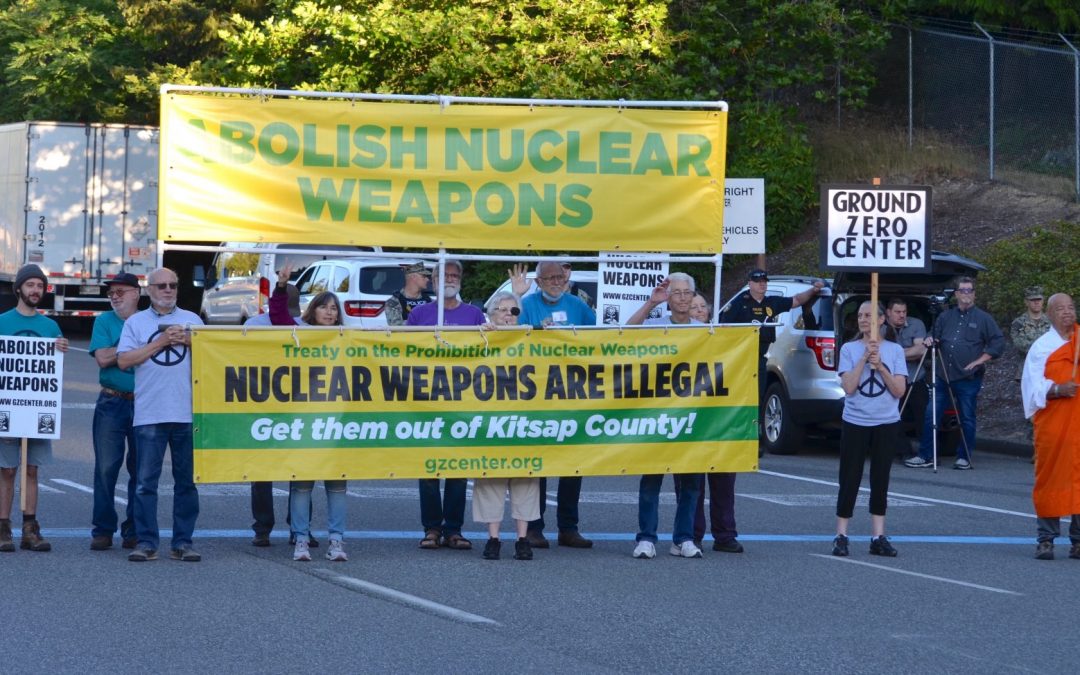 Please join activists for a rally in Tacoma this Friday (October 14th) to demand action to avert nuclear war.

This weekend is the 60th anniversary of the start of the Cuban Missile Crisis – widely regarded as the closest the world has ever come to nuclear war – until this year!! The threat of nuclear war has risen sharply in recent months, and a coalition of nearly 100 organizations has come together to educate the public and call on elected officials to de-escalate tensions between the nuclear superpowers.  Join in!  We will:

·      rally from 11 am to 2pm in Tacoma at the Commerce Building, 950 PACIFIC AVE where the offices of Senators Murray and Cantwell and Representative Derek Kilmer are located,

·      call on our lawmakers to take a stand and urgently work to reduce the dangers of nuclear war.

The picket line will be one of several dozen taking place on the same day around the country as part of a growing Defuse Nuclear War campaign calling for specific actions by the U.S. government, including that it rejoin nuclear weapons treaties, take U.S. nuclear weapons off hair-trigger alert and support congressional action to avert nuclear war.  Join us in the name of our children and all life on earth and encourage our Elected Officials to:

·      Move away from the nuclear endgame being risked.

·      Stop blocking Russia and Ukraine’s attempts to find exit paths from this war: negotiate, not annihilate.

·      Lead the way for the Nuclear Powers to sign the Treaty on the Prohibition of Nuclear Weapons (TPNW) which most of the countries in the world support.

When we come together in defense of our only home – Lifegiving, Fragile Earth – we align with the energies of Mama Gaia and Macho Papa that flows in our veins. Woah!!

Be ready to share a poem, song or insight. As beloved MLK said “We must learn to live together as brothers or perish together as fools.”

All suggestions welcome. Let people on your team know about this event.  Let’s be safe, have fun, and energize our movement for PEACE!